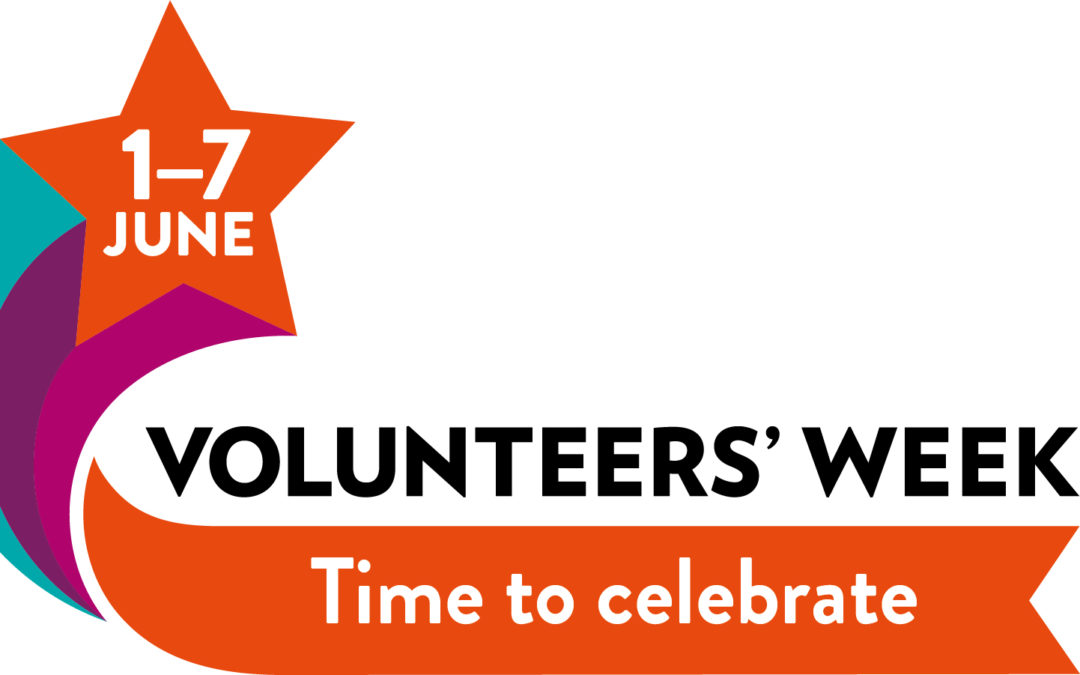 Rhondda Radio is run entirely by volunteers and each year we celebrate volunteers week from the 1st to the 7th June, Volunteers play an important role in running the radio station, below is some of our volunteer Bio’s, you can find pics on our Facebook page. Also listen out for interviews on air all week with some fantastic guests.

David Arthur’s been with Rhondda Radio since the launch of FM in July 2018.
He presents three programmes on the station: Monday Breakfast / Thursday Afternoons and Sounds of the Sixties on Sunday mornings.
His two other roles on Rhondda Radio are: Sales & Marketing Manager as well as being on the board of directors.

Hello
My name is Alnashir Pabani better known as Nash the best Indian in town playing the best music around.
I’ve been a presenter on Rhondda radio for just under two years and it’s nice to be with a wonderful radio family.

Hi, I’m Paul Matthews, and I am from lower down the Rhondda Valley, near Tonypandy.

I, first became a radio presenter at Rhondda Radio back in February 2014, { after I had received some training of how the equipment works}, and at that time I was doing a 1 hr show called Fresh Air, which was broadcast on a Monday between 2 and 3 pm.

A few years later, when Rhondda Radio went onto FM, Fresh Air expanded into a full 3-hour show, between the hours 1pm through to 4pm on a Monday, and I also co-present the Verbal World with Denise Ridgers which is on air on a Wednesday morning from 10am -1pm, it has a good mix of music and lots of information of what’s on in and around the Rhondda Valley.

During the show, ( Fresh Air ) the first hour, usually I play a music mix and do a feature, that is called Car Tunes, easy listening songs that you can drive to. In the second hour, we have the Fresh Air Quiz of The Week, it is the oldest quiz on Rhondda Radio FM, with a good music mix as we go through into the third hour.

Also, during the show, I, will do a random weekly Fresh Air Fact, which can be anything at all, of maybe something remarkably interesting or completely obscure. Later, during the show, I will play a tune from my dad’s ancient Record Collection, just for a bit of fun for the listeners.

The DW Wireless Show, I Joined Rhondda Radio at the very beginning of its Broadcasting life.

A lifelong Musician and lover of the Performing Arts, Visual Arts and live Radio.

Loves and promotes music of all types as long as its performed and created with Love, Passion and Integrity.

Keen to promote musicians of all ages and styles using the power of Radio.

DW’s Wireless Show is from 6pm until 8pm on the 2nd and 4th Wednesdays of each month.

A lifelong lover and supporter of Community Radio and Community Arts, both Visual and Aural.

In the month of December, he changes magically into Santa Claus, and fleeting glimpses of him can be seen through out the Upper Rhondda and Rhondda Radio.

David Watkins RDA loves children, and one month of the year, they all love him.

Peace, Love….and a healthy stereo turntable and Radio signal to you all.

Denise Ridgers – I am one of the older volunteers but that does not stop me getting ‘down with the kids’. Love all genre of music from hip pop to classical. I have been with Rhondda Radio over 4 years now and part of the team preparing for going FM which has been successful in bringing in new listeners new presenters and a great variety of diverse shows.

Hi lm Wayne,
AKA Doc!
Rhondda Radio’s Love Doctor! Presenting 2 x 2 hour love shows weekly as well as the Mid Week Drive Time Show.
Once a month on the first Monday l also present a 2 hour Boxing Show with my 2 co-presenters giving the opportunity to showcase local talent and the show content includes live studio professional boxer interviews.
I have volunteered with this amazing community station for 2 and a half years, helping to create a dominant presence in the Valleys!
I’m now the PO and a Director for the station. This is a roll I’m very proud of, we are one big hard working happy family, that’s why we are so successful,
I am also part of the Match Day Entertainment Team at Cardiff City Football club with various jobs over the years including the Voice of the Tannoy! My roll involves interviewing celebrities and player’s.
I have been part of this family as a volunteer for over 20 seasons.
I run my own Business in my spare time (😂) l have been doing this for 22 years.
Again something l love.
That’s me peeps…..

Ben – I have been with the station since we went on FM in the Rhondda Fawr and I present the Sonic Attack show on Saturdays 6 to 8pm. I play a wide range of music ranging from heavy metal, rave, space rock, punk and Jazz with artists such as Megadeth, Metallica, The White Stripes, Joy Division, Herbie Hancock, Charlie Parker, PJ Harvey, Zinc Bukowski, Spider Kitten. I have been into music all my life and studied in college in Llwynypia and University in the Atrium in Cardiff. Before lockdown I would regularly play at open mikes, mostly at the Merlin in Pontypridd on Tuesdays. I play the guitar, piano and am currency trying to get back into my flugel horn (like a trumpet) which I played in school.

Dan Roach Rhondda radio volunteer background In 2017 I decided became part of the Rhondda radio team where I would present a 1-hour long show featuring a live DJ set with various types of music i.e. house, trance, techno etc,
Since then I have built up a lot experience including, been able to run my show, networking with guests and fellow presenters etc.
As I started my music technology course in Cardiff I wanted to get more experience using various equipment, so I took part in assisting with the radio roadshows, where I would work alongside musicians/presenters and the technical side of things including, live sound, setting up, etc.
Since been awarded the FM license from Ofcom to allow the station to broadcast throughout both valleys, my show got moved to a Friday where I now present a two hour show where I started doing the request hour to encourage listeners to interact with the show, then followed by in the mix with eclipse.
In 2019 I decided to get local musicians/bands up on the show to do live performances, this lead to launching a new type of show, where I would play songs released from local/unsigned bands throughout south wales, as well as having live acts on the show, this has proven to be very successful amongst the local music scene.
With all the experience I have developed over the years volunteering at Rhondda radio, I am hoping to put on more of my own live music events as well as networking with more musicians and go onto university to study live sound/event production which will allow me to gain the qualifications needed to work in the industry.

I’m Jane Brownnutt, originally from Birmingham but have lived in the Rhondda since 2001. I’ve been with Rhondda Radio since it started in 2011, and help my husband Dave with his twice-monthly ‘Reflections’ programme. I’m a retired music teacher and love the opportunity to play a wide variety of music on our show.

I’m Dave Brownnutt and have been part of Rhondda Radio since the beginning, and before that its predecessor Radio CwmNi. I’ve presented various programmes, mainly focussing on interviewing people in the ‘Reflections’ programme about life, values, beliefs and faith. I mainly talk to people living in, passing through or having links with the Rhondda. As a result, I’ve talked to people from places as far apart as South America and the Far East. I used to work alone but now always work in partnership with my wife Jane. Born in the East End of London, I’ve moved around and have now lived in the Rhondda longer than anywhere and have no intention of leaving.

Hi! I’m Michal Harris-Edwards, and I’ve been with Rhondda Radio for a year. I am also a pupil of Treorchy Comprehensive School. I have a history radio show on a Monday titled Small Town Archive, as well as helping out other shows like the  jazz show, In the Mood. I love history and music, so volunteering on the radio really brightens my mood. I think volunteering is important, as it’s a great way to give back to the community, that’s why I get involved in many projects. I’m not sure who I want to be when I grow up, but something mathematical or historical would be quite enjoyable.

We use cookies to ensure that we give you the best experience on our website. If you continue to use this site we will assume that you are happy with it.Close